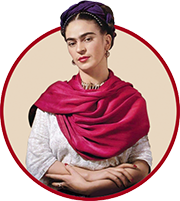 ABOUT THE REBOZO FESTIVAL

The Rebozo Festival is a benefit event established to raise funds for Ventura County non-profit charitable organizations focusing on the cultural, social and educational needs of the community. This unique cultural event promotes the rich heritage of our area by highlighting the colorful Mexican rebozo (shawl) as our theme.

Meet the Madrinas (Godmothers) who organize this fantastic annual festival.

Over the past 16 years we have proudly awarded grants to over 40 grant recipients. 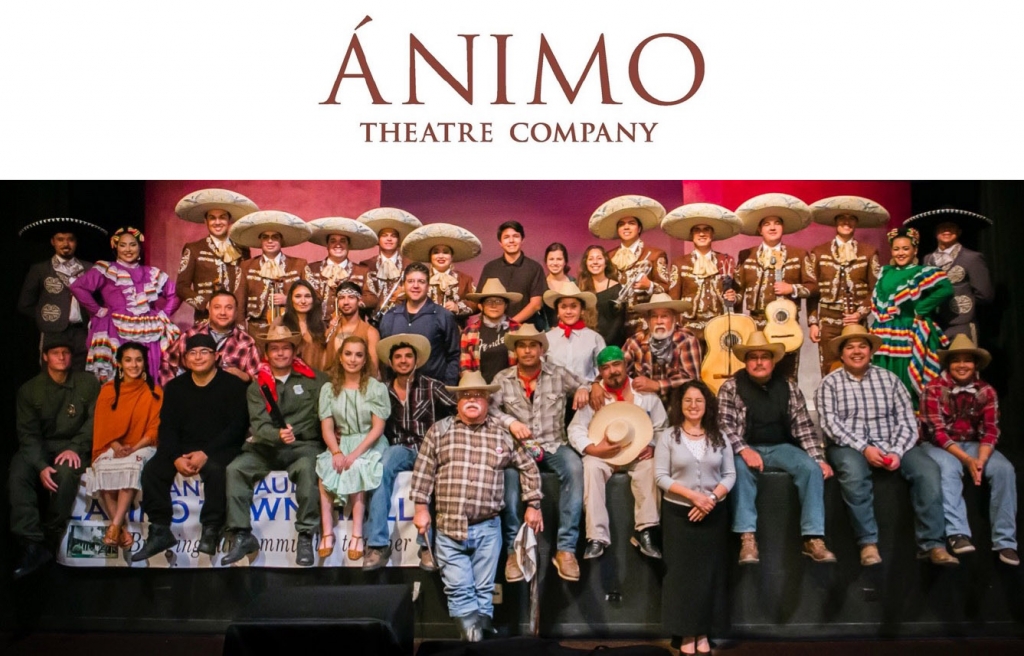 Info:  Founded in 2016, ÁNIMO Theatre Company is composed of actors and musicians from Ventura County and produces educational plays that showcase local talent to celebrate the diversity and history of our community. We have served low income families in Ventura County with Latino populations.

Parents Against Santa Susana Field Lab (PASSFL) aims to protect nearby communities from exposure to the site’s toxic and carcinogenic contamination by advocating for the complete remediation of the Santa Susana Field Lab (SSFL) in Ventura County.  For over two decades PASSFL has served the residents of Ventura and Los Angeles County by organizing, educating and empowering them to protect themselves and their families from SSFL’s dangerous contamination. 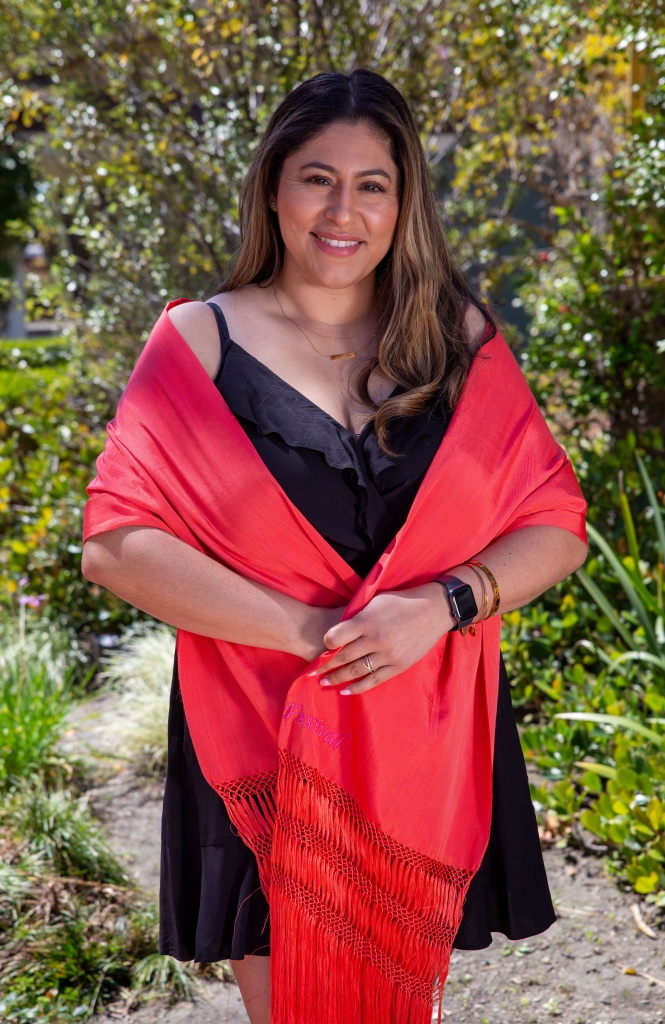 Elizabeth Plascencia, Corporate Director of Operations for Lazer Media (formerly Lazer Broadcasting), was born and raised in Oxnard, CA. Brought up in a family that instilled the importance of education, hard work and dedication, Elizabeth received her Juris Doctor from University of West Los Angeles and her Bachelor’s Degree in Business Administration from Loyola Marymount University.

Her media career started in 2009 when she began working at Lazer Media and has worked through several departments to now overseeing the entire company’s operations with over 40 Spanish-Language radio stations and one television station throughout California and Nevada. Prior to Lazer she worked at a criminal defense law firm.

In her spare time, Elizabeth appreciates traveling to other countries and immersing herself in their cultures, spending time with family and friends and giving back to the community. Now with a two-year-old son, Emiliano, she enjoys spending her spare time with him and her significant other Martin Ledesma, hoping soon they can take him on many traveling adventures as a family. Her most involved work includes raising funds for non-profit organizations through Rebozo Festival, Inc., and is a former Representative of Club Zacatecanos in Oxnard. 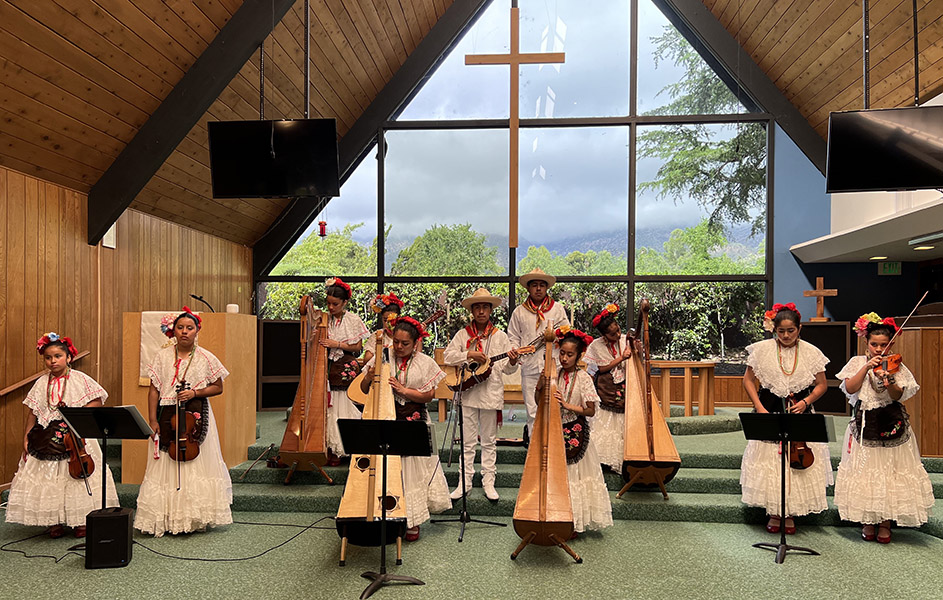 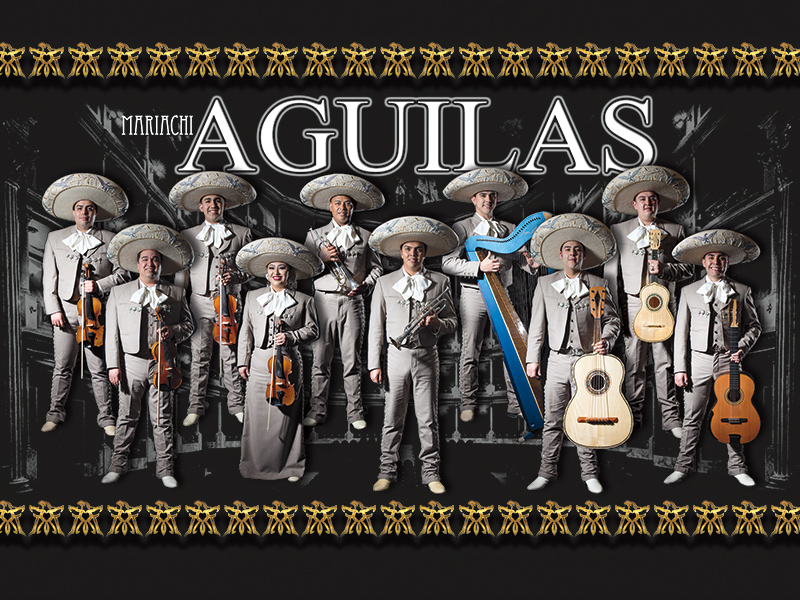 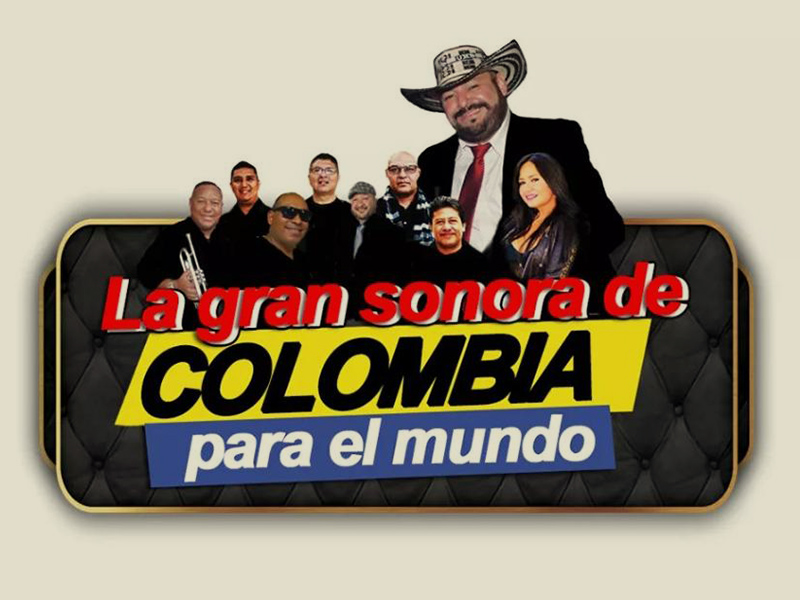 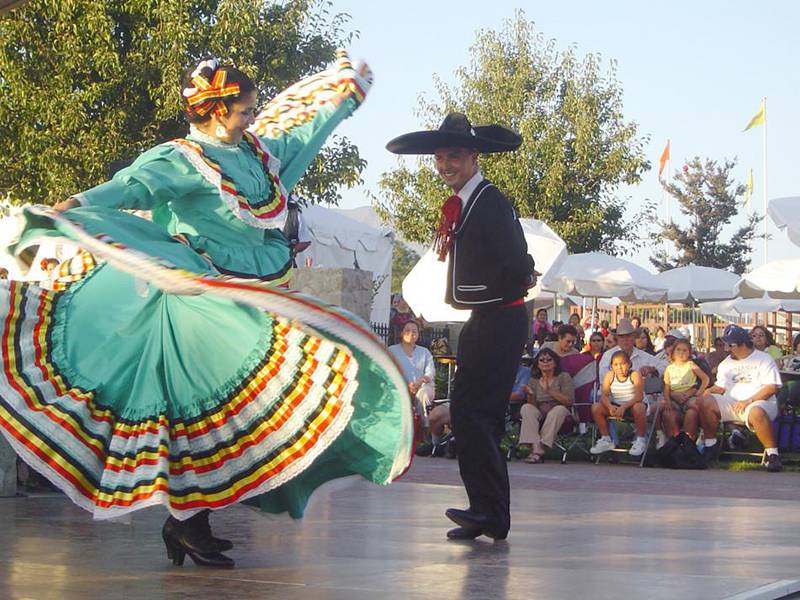 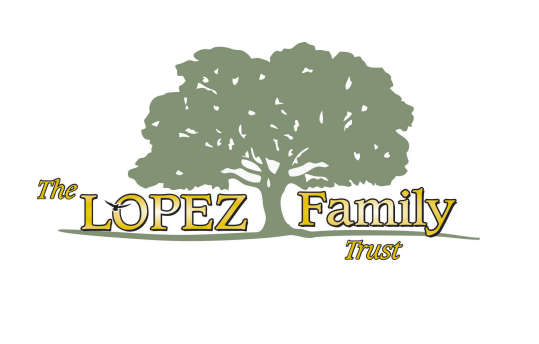 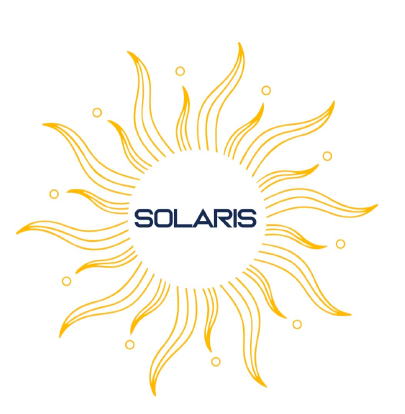 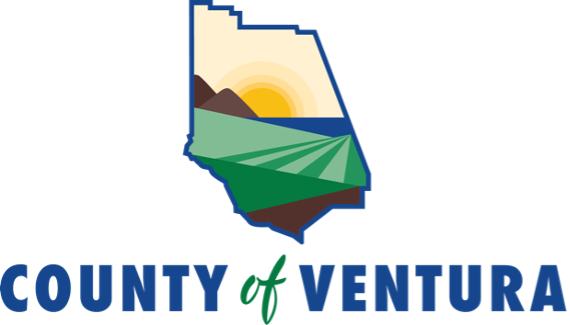 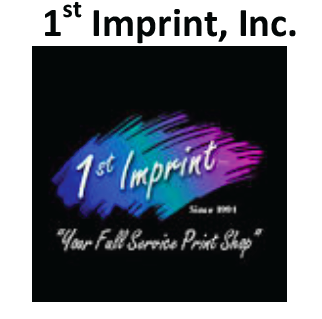 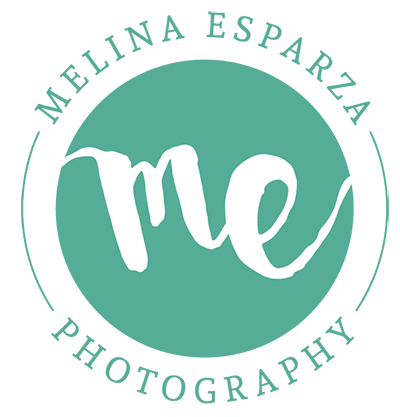 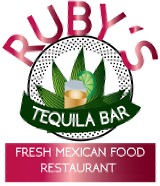 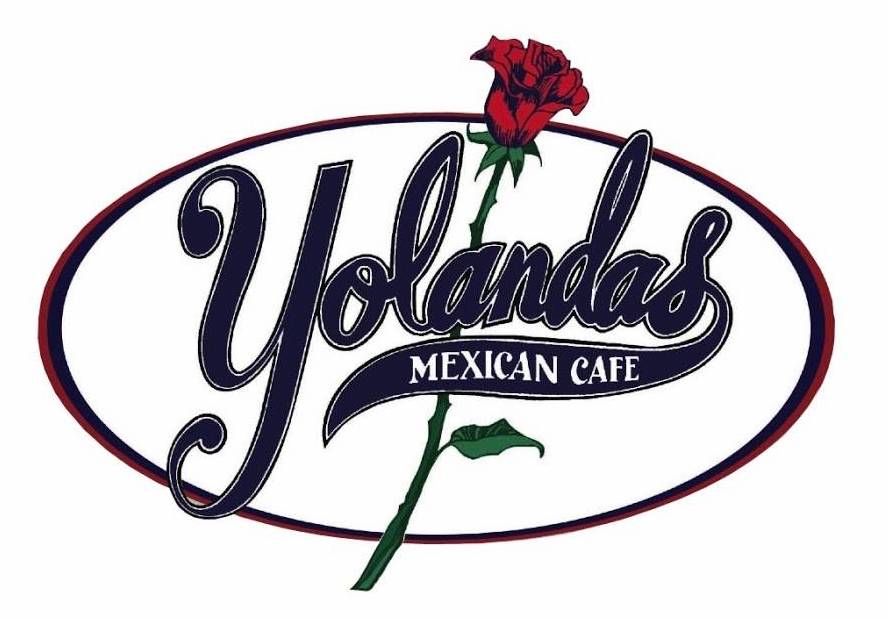 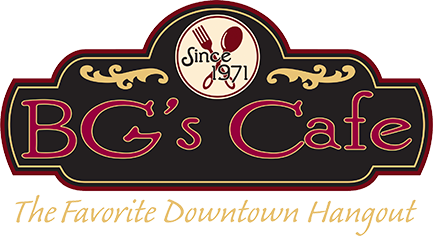 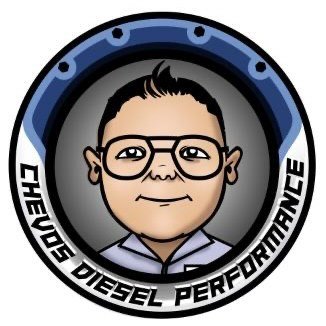 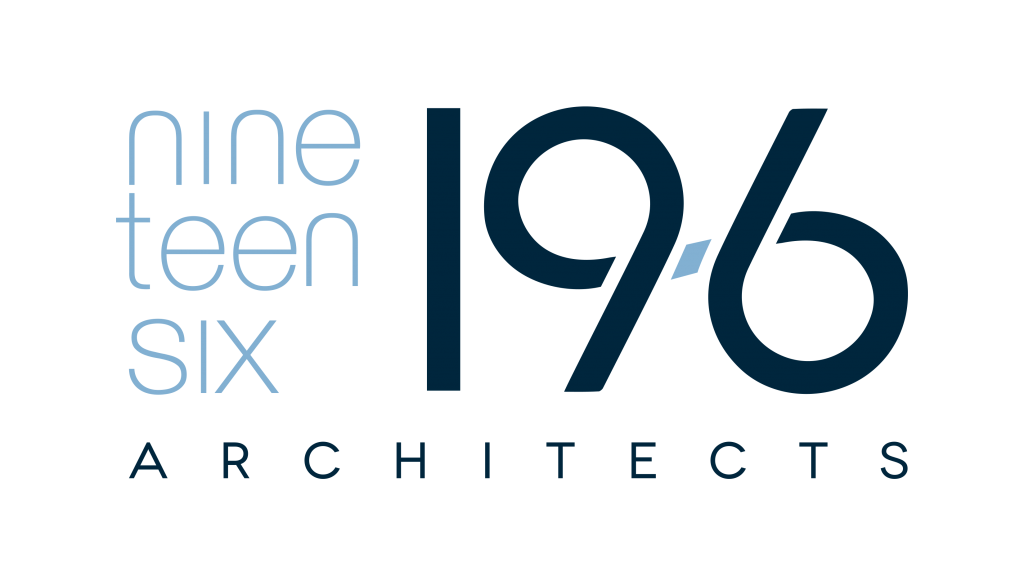 Available March 2023
(No refunds or credits – rain or shine event)

Tables of 10 chairs only – No exceptions. Preferred Tables are prioritized by purchase date. Purchase by mail and save processing fees. No refunds or credits. This is a rain or shine event.

Get In Touch With Us

Executive Board of Directors 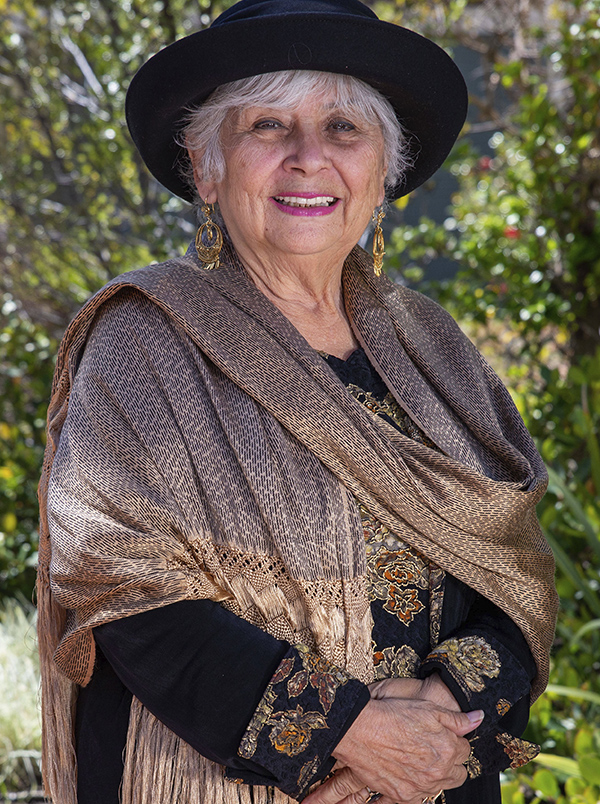 Irma is a third generation Ventura County resident, raised in Camarillo and attended local schools; Oxnard College, Ventura College and University California Santa Barbara. Her father Pete Luna was born in Moorpark and her mother Sally Cervantez was born in Piru. She is married to Dr. Manuel M. Lopez, former longtime Mayor of the City of Oxnard and presently President of the Oxnard Harbor Commission. She has four daughters, Yvonne, Lisa, Marisa and Tiffany, nine grandchildren and eight great grandchildren.

She was a 24 year California State employee, working for the Employment Development Department and Senator Gary K. Hart. She has been a member of many organizations and on the Board of many Ventura County non-profits; The Salvation Army, Ventura County Women’s Political Caucus, Tres Condados Girl Scout Council, El Concilio, Oxnard-Ocotlan Sister City Committee, United Way, Oxnard Performing Arts Center Foundation, Oxnard College Foundation Board, LULAC and the Oxnard Elementary School Personnel Commission. She is a founding member of; VCCF Women’s Legacy Fund, Destino Legacy Fund and CSUCI Presidents Circle. She has been recognized by the Girl Scouts as a Woman of Distinction, Oxnard Woman of the Year, Cause action Fund Lifetime Achievement Award and the Mexican-American Bar Association Justice Award. She was recognized as the 2015 Woman of the Year by Senator Hanna Beth-Jackson.

“My proudest achievement has been as founding Madrina of the REBOZO FESTIVAL. The first Festival was held in 2005. The 12th Annual Rebozo Festival will be celebrated in 2016. When the Rebozo Festival Committee was established in 2004 it was with the thought of establishing an organization that would support Ventura County private non-profits that further the cultural, economic and social well being of our community. I chose the name “Las Madrinas” because we, the volunteer Madrinas represent the life force of this collaborative effort. I am truly grateful to these volunteers who work tirelessly for our community”. 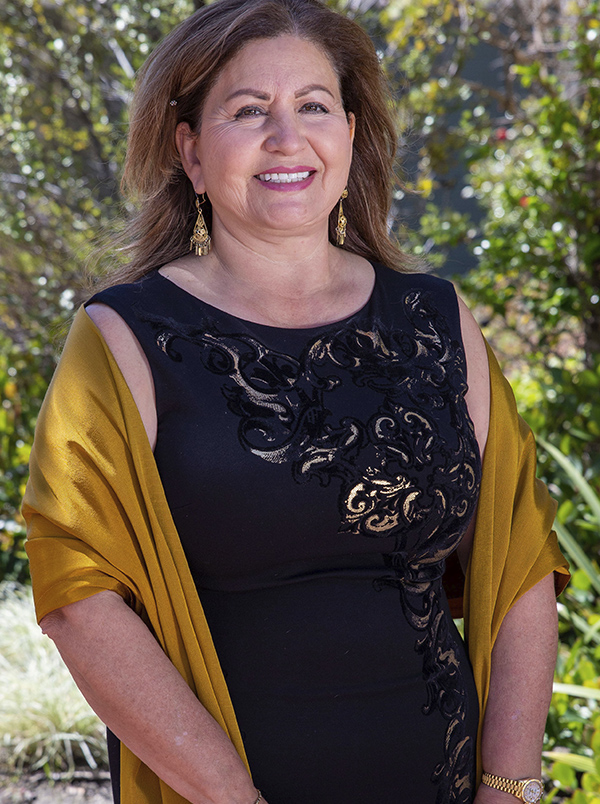 Yolanda Plascencia was born in Guanajuato, Mexico, was raised and lived in Oxnard, CA for 30 years and currently lives in Camarillo. Together with her husband, Alfredo Plascencia, President and CEO of Lazer Broadcasting Corporation, Yolanda is helping the Hispanic community in several counties of California by promoting education, community services, local and international news, music and talent through the various Spanish radio stations. She is a devoted mother of three children–Elizabeth, Julissa and Alfredo Jr.–who has helped them complete their educational goals to succeed in their careers. Yolanda has been able to achieve her goal of helping others, as well, by being a part of and contributing to great organizations throughout Ventura County, such as founding Madrina of the Rebozo Festival, 2004-present; founding member of Destino 2000, 2000-Present; member of Clubes Zacatecanos, 1999-2015; past board member of Camarillo-Autlan Sister City, 1998-2006; past board member of Grants Committee and as well as the Vision Committee for VCCF. Currently, Yolanda is a board member of the Oxnard College Foundation. 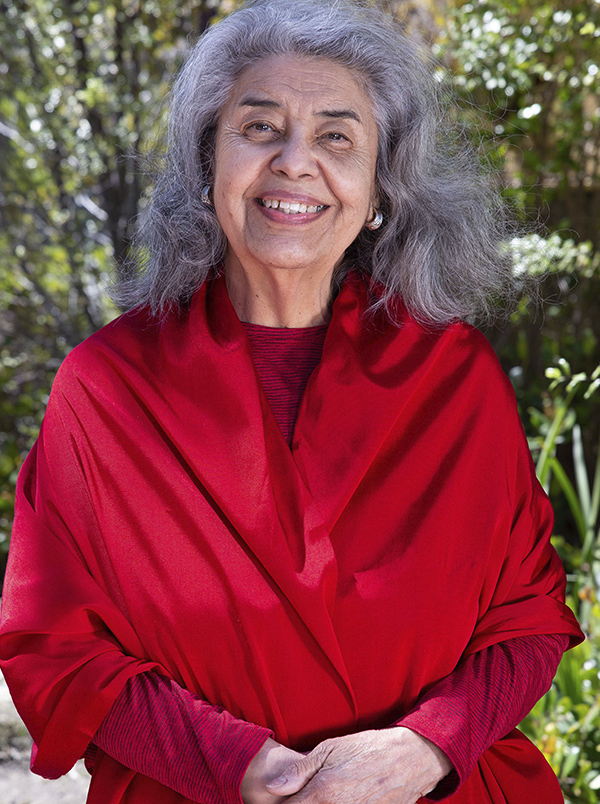 Barbara Barraza-Ordonez was born and raised in Oxnard. She graduated from Oxnard High School and has attended both Oxnard and Ventura Colleges. She worked for the State of California Employment Development Department (EDD) for over 40 years, in both supervisory and management positions. She also served as Secretary for the Western Ventura County Employer Advisory Council for over 10 years during her EDD career.

Barbara currently does volunteer work for the Lighthouse Women and Children’s Shelter, located in Oxnard. She is also an active member of the Museum of Ventura County and serves on the Las Contemporaneas committee. She has been involved with the Rebozo Festival for the past 4 years. She currently resides in Oxnard with her son, Marco. 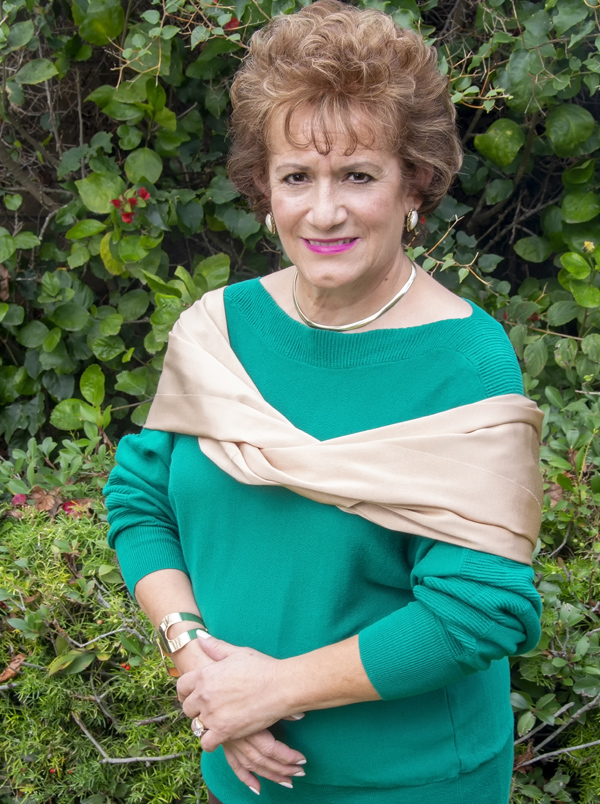 Yolanda a friend to many, always willing to give the best of herself and lend a helping hand. Yolanda has worked at Livingston Hospice for 22 years.   She is a member of the Zacatecanos Club and the director of their beauty pageant.  She is a member of a group who assists the Augustinian Recollects at the Augustinian Recollects Priory in Oxnard.   For 12 years she was a member of the local Fiestas Patrias committee and the director of the Señoritas Fiestas Patrias Beauty Pageant.  In her spare time, Yolanda is an event planner, making use of her talent working with flowers creating beautiful decorations for events.

Born in El Palmar, Jalisco, to Don Salvador Pelayo y Doña Aleja Aguilar, the seventh of ten children, Yolanda has formed a beautiful family with her husband of 26 years Ricardo Lopez and their two children—Barbara and Edgar.

Yolanda is a Rebozo Festival founding “Madrina.”She is convinced that this organization has helped the community in various ways—enhancing pride in wearing our traditional Rebozo, providing an event to promote our culture with traditional music, food, and entertainment, and giving funds to local organizations that greatly benefit from the financial support. 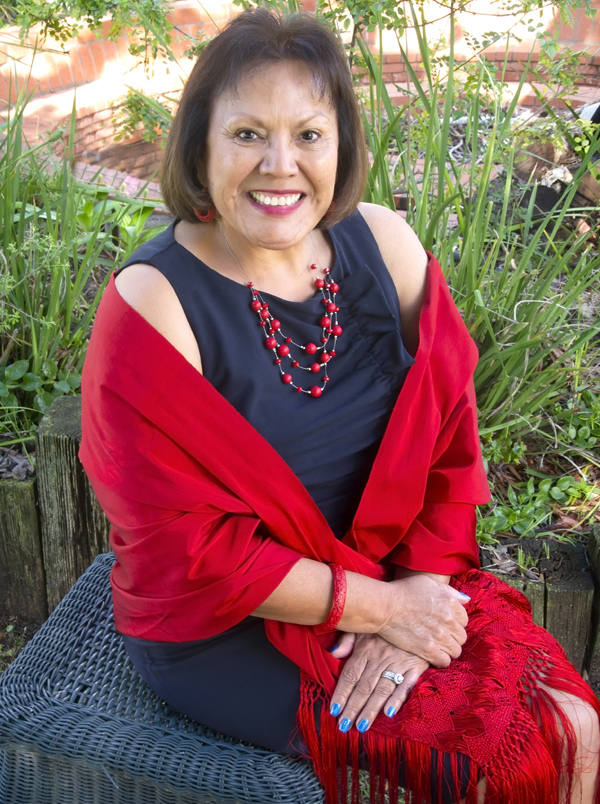 Teresa is a graduate of Laverne University with a degree in Business Administration and a Masters Degree in Public Administration from California Lutheran University. She retired as head of the Adult Services Department within the Human Services Agency. In the past 15 years she has been serving on the Board of Directors for the Oxnard College Foundation. The Oxnard College Foundation raises funds for college scholarships and program. Teresa is a long time county resident and currently makes her home in Oxnard with her husband Bruce. She has two daughters Mandi and Marnie and one stepson Jerremy and four grandchildren. 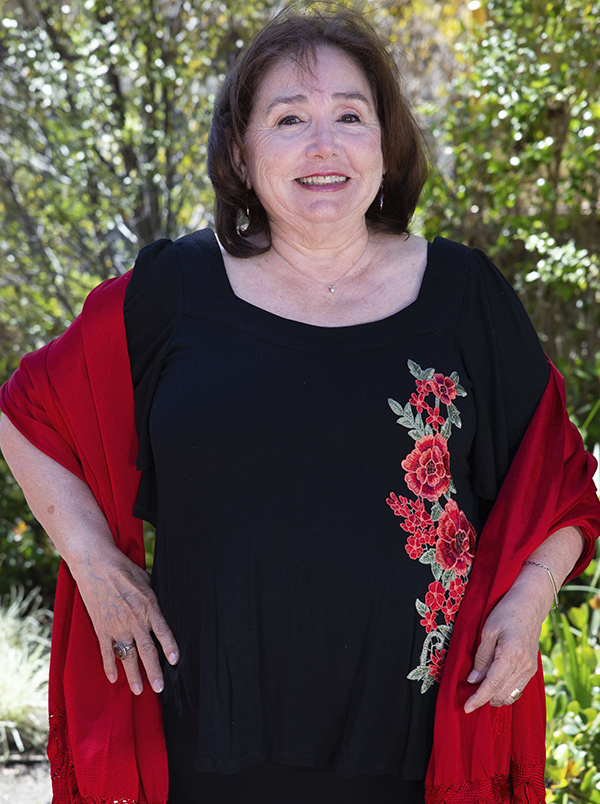 Eva was born in Texas and moved to California in 1972. She received bachelor degrees from Texas A&I and UCSB and graduated with a masters from UCLA. Eva worked for the Oxnard School District and California Department of Education’s Beginning Teacher program. Eva is retired and her favorite fundraising charities are Oxnard Educational Foundation, No Room at the Inn, And the Rebozo Festival. 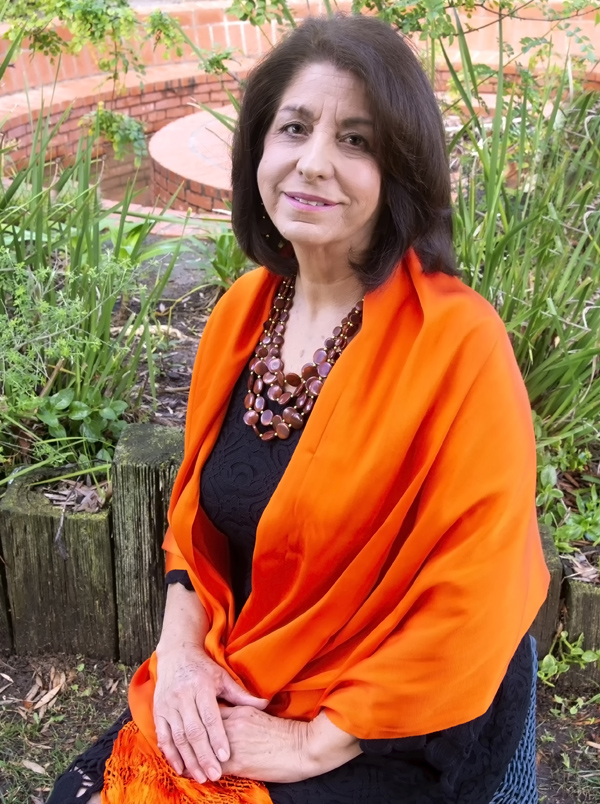 Dolores was born in Jalisco Mexico, and she has been living in Ventura County since 1966. Dolores, along with her husband, Javier Ochoa, have volunteered for the Migrant Education Program, Region 17, for over 18 years. She strongly advocates for the rights and needs of Migrant Families. Currently, Dolores serves as a board member of the Comite Cultural Mexicano, a non-profit organization that promotes the richness of our Mexican history, traditions, culture, and folklore. 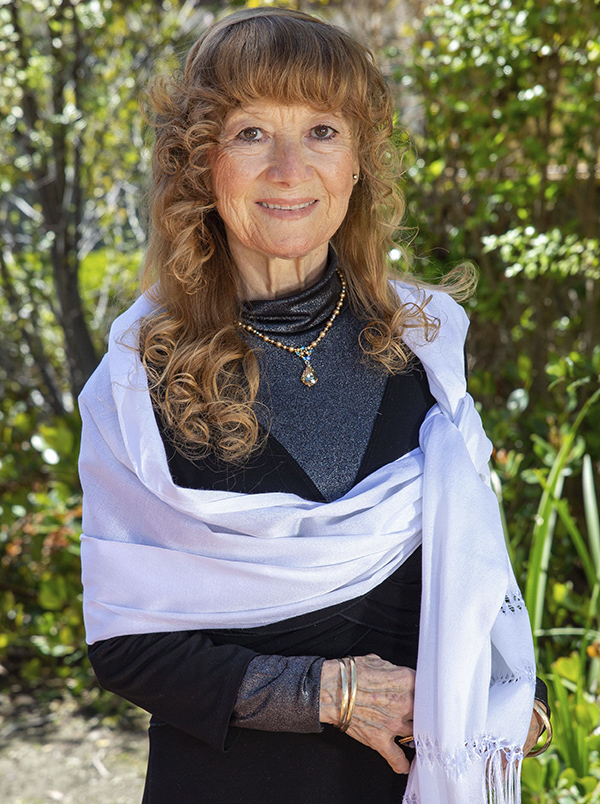 Marisa was born and raised in Mexico. She attended private Catholic elementary schools in Mexico before coming to California and attending Ventura High School and Ventura College. She returned to Guadalajara where she continued her education enrolling in the four-year nursing program. She graduated with a B.A. in nursing with a specialty in obstetrics. She returned to Ventura County and became a basic life-support instructor at Ventura County Medical Center (VCMC), teaching CPR before becoming a certified lactation counselor and supporting VCMC’s effort to be a “Baby Friendly Hospital.” 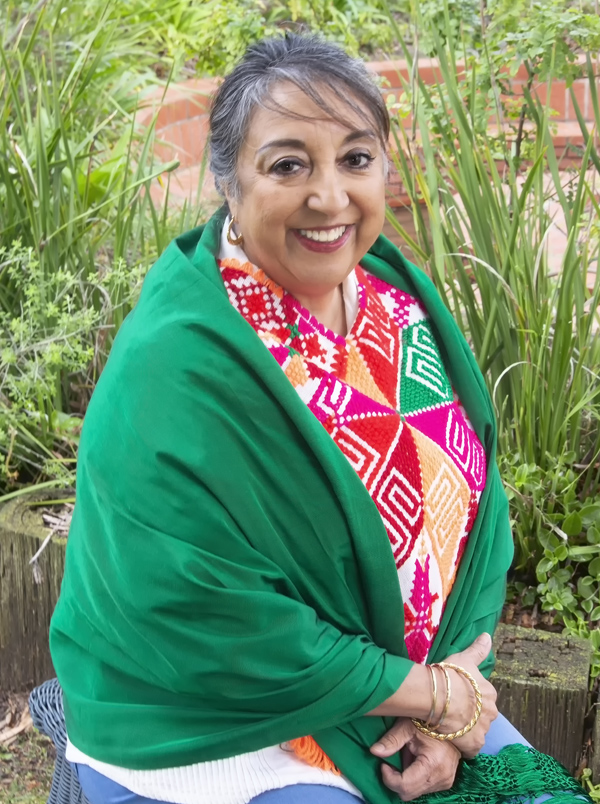 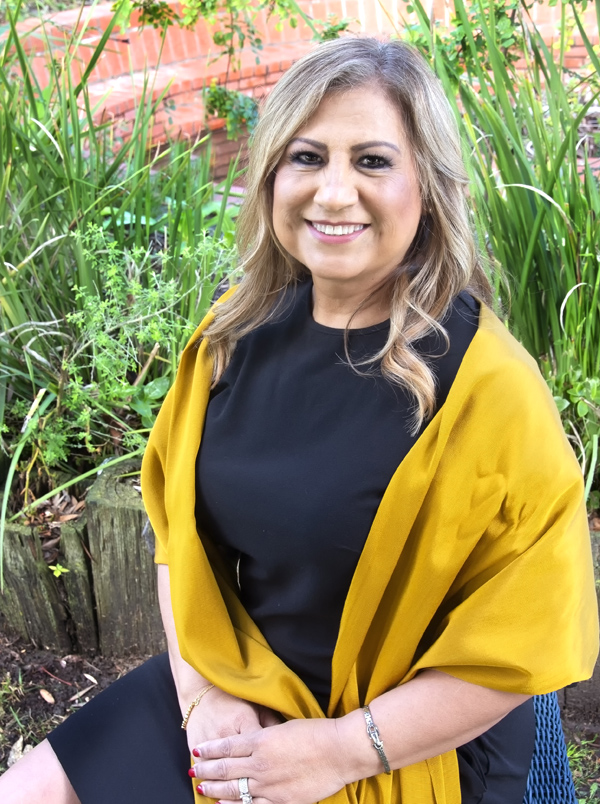 Elsa was born in Chihuahua, Mexico and has lived in Oxnard since she was 9 years old. She graduated from Oxnard High School and attended the University of Laverne. She has been married to Felipe Bello for 38 years, and they have two daughters, Susie and Teri and one son, Felix. She loves music and her hobby is dancing. She retired from Verizon Communications after 36 years and is currently working for Lazer Broadcasting. She enjoys working with people and helping community-based organizations. 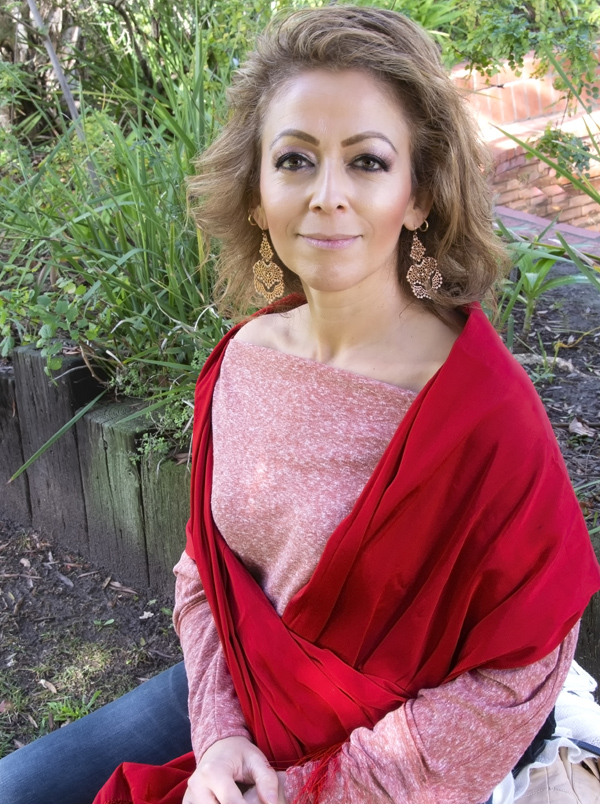 Laura Lizaola Barroso is a lifelong resident of Ventura County. Born and raised in Oxnard, she is the proud daughter of Manuel and Otilia Lizaola, both immigrants to the Unites States from Jalisco, Mexico. Laura has a Bachelor’ Degree in Sociology and a Master’s Degree in Psychology and  serves as the Director of Employee Relations and HR Operations with the Ventura County Community College District. Prior to that role, she worked for the County of Ventura for 26 years in various public servant roles. Laura is committed to her community, and currently resides in Oxnard with her husband, Ismael Barroso. 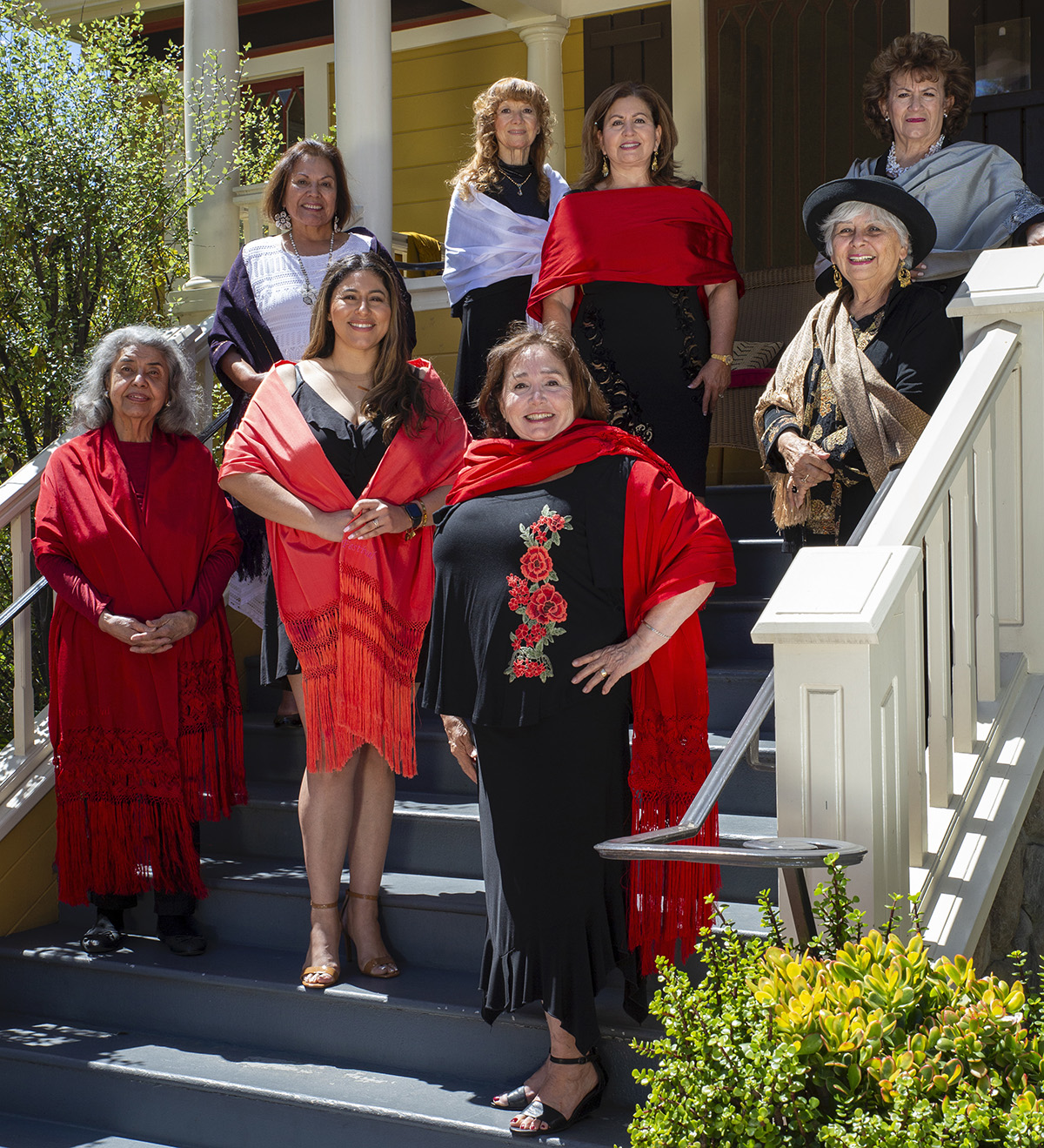